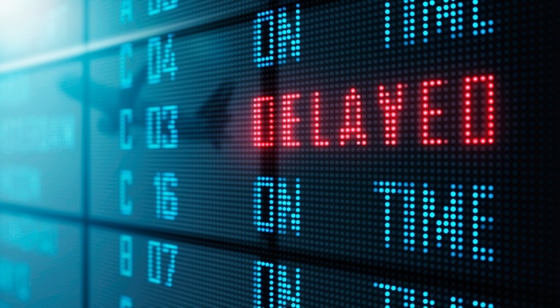 Whilst we do not carry out any civil recovery work, we are very aware that clients might be affected by flight delays this summer. Because of that, we thought we should set out your rights to flight delay compensation if you do get stuck in an airport!

The first thing we would say is that you do not need a lawyer to claim compensation. Airlines in the UK and EU need to have claim forms available on their website. Unfortunately, it sometimes can be difficult to find out where the forms are located!

In this article we focus only on flight delay compensation. There are other compensation events relating to cancellations and other flight alterations which are not covered here.

This compensation becomes available when the departure of the flight has been delayed for at lease 2 hours. When that happens, the airline are obliged to provide the following:

A reasonable supply of food and drink.

This is normally achieved by the airline issuing vouchers to the affected passengers. Whilst his is your entitlement, you will, sometimes, need to hunt for the airline’s representative to ask for the vouchers.

A means of communication

The airline should offer you a means to communicate with friends or family to explain that your flight has been delayed. Normally, is asked, the airline will refund the communication cost. However, in these days of smart phones and call inclusive packages, it can be difficult to identify the cost of specific communications.

If your flights is delayed until the day after its schedule departure date, the airline is obliged to provide accommodation. Whilst this might well be an entitlement, if you cannot find an airline representative you will have to make your own arrangements and claim back the costs. In addition, if you have already gone through security, it might be impossible to leave and you will be stuck in the terminal until your flight leaves.

You must hold on to any receipts you have for food and drink, communications, accommodation and transport should the airline fail to provide these. As in all compensation events, the cost incurred must be reasonable. You should also know that the airline will not refund any costs for alcohol or tobacco

This is a cash payment you can claim when your flight arrives more than 3 hours after its scheduled arrival time. There are UK and European regulations applying to these compensation claims. The original European regulation is called U261/2004 and the UK regulation is UK261 which has applied since the UK’s departure from the European Union.

Events outwith the control of the airline

One of the key features of these regulation is that the responsibility for the delay must rest with the airline. The airline will is not responsible for extreme weather events or air traffic control strikes or any other “extraordinary circumstances” outwith its control. But it will be responsible where there are technical or mechanical problems or staff or scheduling issues which are within its control. Any event which is in the control of the airline and which causes the delay will trigger a compensation event.

Compensation is based on arrival time

There is a sliding scale of compensation based on the length of your flight. We list these in the following table which is based on the UK261 regulation. The EU261/2004 regulation is in similar terms but payments are made in Euros.

If you need to find out the length of your flight, you can use this online tool: Mileage Calculator – WebFlyer :: The Frequent Flyer Authority

To check your precise arrival time you can use this online tool (but make sure you check this within 5 days of your arrival): FlightStats – Global Flight Status & Tracker, Airport Weather and Delays

The compensation is not universal

The third feature is the location of the departure and arrival airports and which airline you fly on. If you are flying on a UK or EU airline, there are certain situations where UK261 compensation claims cannot be claimed.

The following table sets out where UK261 applies:

If you cannot claim through UK261, you need to check if you are covered through EU261/2004 if you fly on a “community” carrier airline. The rules are slightly different from the UK261 rules.

How do you claim flight delay compensation?

Both sets of regulations require airlines to have a method of claiming compensation on their website. Sometimes, it is not the easiest thing to find!

Once you have located the claim form, enter your personal details and details of the flight. Make sure you select the correct form that deal with UK261/EU261/2004 claims.

Here are some links to airlines that frequently fly to and from UK airports:

Click here to find further information on flight delay and other compensation events on the  UK Civil Aviation website.